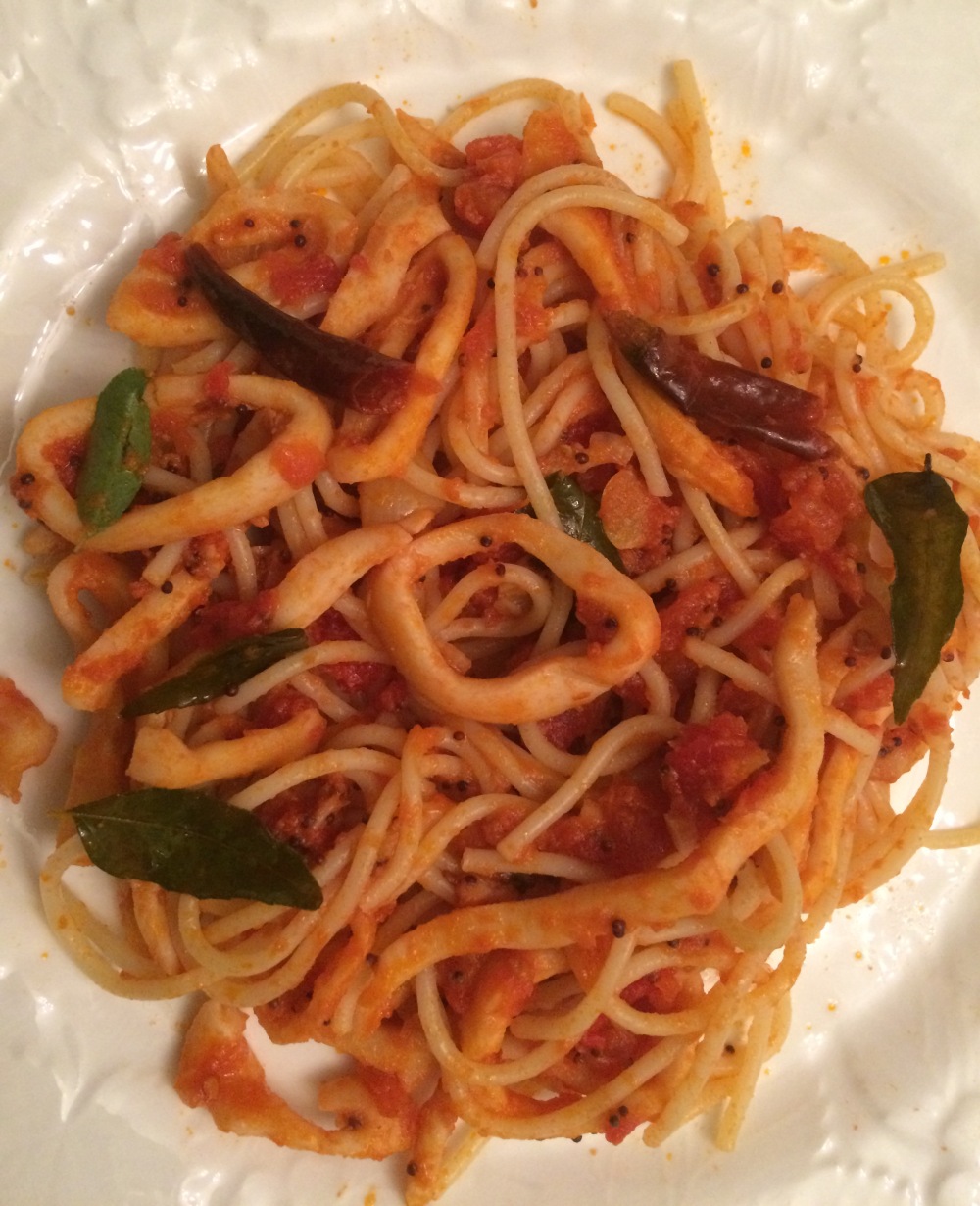 I was in a mood to experiment in the kitchen last night and made this pasta sauce with tomatoes, chillies, garlic, and spices from South India to create this delightful spaghetti   dish with an Asian flair. This turned out to be a lovely combination of flavours and got a big thumbs up from my husband (half- Spanish and half-German), who is my resident food critic.

This dish came together quickly and was pretty straightforward to make. You basically just sauté some garlic, tomatoes, chilli and add the Indian spices, and let everything cook just as you would do when making a traditional pasta sauce. The squid only needs a minute or two to cook; more and you risk rubber squid.

Curry leaves has a more herbal feel, slightly like bay leaves or basil. It’s not a dominant flavour in most dishes; instead it takes a backseat role. But it adds a distinct flavour and is used as a tempering imparting subtle aroma to the dishes. In Ayurveda medicine, curry leaves are believed to have several medicinal properties. My granny (from Mangalore, South India) used to say that it aids digestion and told us to chew curry leaves when having a tummy ache.

Curry leaves are typically bruised in the hand, then fried in hot oil with other spices at the start of a dish. Their flavour mellows as they cook, but remains distinct even after hours of stewing.

There are no hard and fast rules here, but if you start a dish with a blend of mustard seeds, curry leaves, garlic, and dried chillies, chances are you’re going to happen on something delicious. The mustard seeds and curry leaves enhance the taste of the sauce without overpowering it. There wasn’t a lot of frying and cooking of spices involved. I didn’t use onions. I just added three ingredients to create a magical sauce.